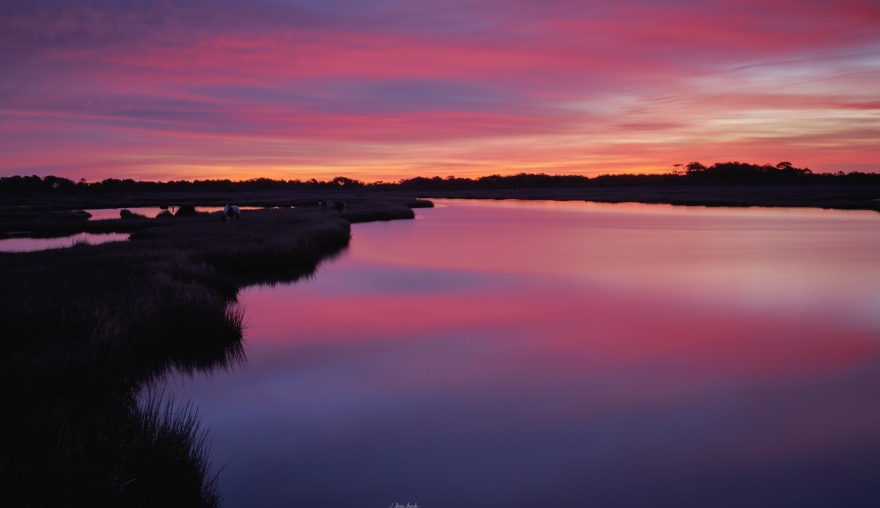 Here are few photos from my trip to Assateague Island National Seashore in Maryland during March. It was really cold outside, and I decided to try star photography by heading towards the Island around 3.00 in the morning. This is one of the places in east coast of US which is away from city lights where you can sometimes watch the even watch Milky Way rising. There was bit of moon still hanging around the night reducing the shininess of the stars, but I still decided to give star photography a try and possibly hang around the Island for finding some sunrise photographs. Even though the stars where feeble due to moonlight, I was able to witness a beautiful sunrise with exploding colors over the high clouds.

My first attempt to shoot the star trails, over the Assateague Island National Seashore, Maryland. Hoped for a better starry night, but clouds and the moonlight pretty much ruined it though.

Since those stars weren’t that shiny, I just waited for another hour in the freezing cold for the dawn. When the first light of morning rays showed it was beautiful with vibrant colors.

Took another shot from the same location, but with even better vibrant tones exploding over the high clouds and it’s reflections over water.

While I stayed for few more minutes to watch the free roaming wild horses over the island, just realized I was hearing their noises all over the night accompanying my photography experiments.